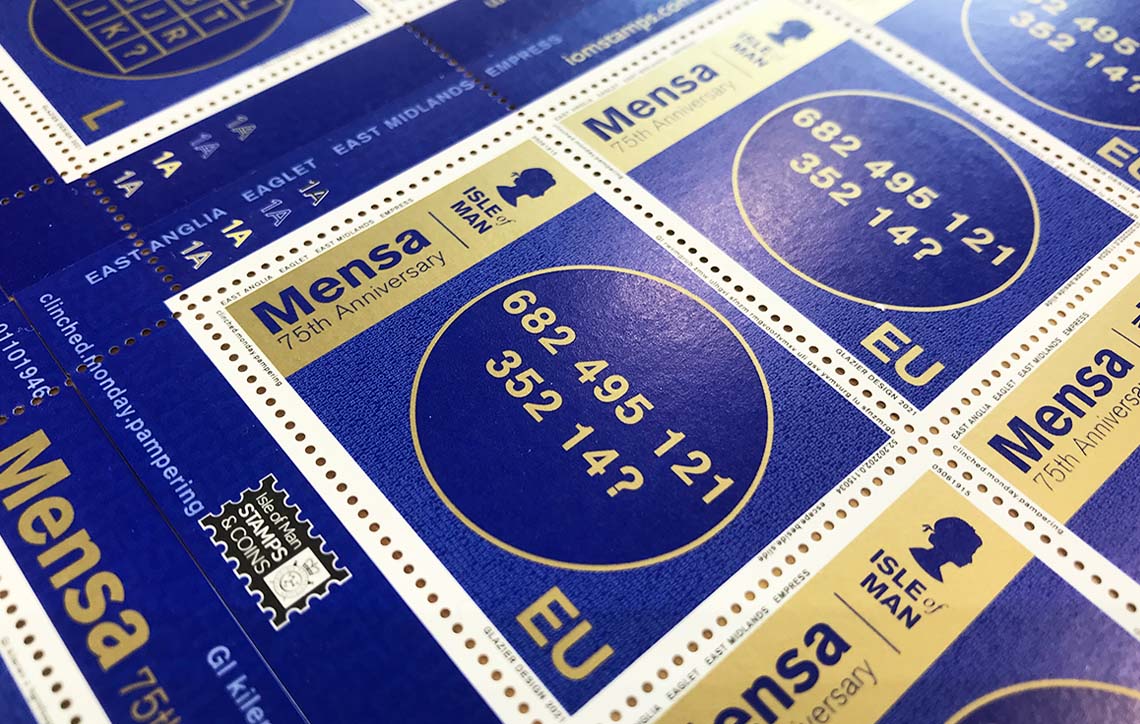 Mensa is the organisation for bright people and we were honoured to be asked to help them celebrate their 75th anniversary with a set of six stunning stamps. Founded in Oxford in 1946, Mensa attracts membership from the top two per cent of the population defined by intelligence. Anyone who meets the criteria can join by taking a publicly accessible test and there are members of all ages, from all walks of life. What you think of as intelligence might not be what gets you admission; in a world where neurodiversity is increasingly recognised, the organisation remains proudly accepting of anyone, regardless of race, religion or gender.

Our stamps are based on puzzles, the kind of brain-teasers that Mensa is known for. Can you solve them all? Our stamps also contain many codes, layers of information, a cypher and references to places that are important to the organisation.

You will notice that all of the stamps have a GPS reference that takes you to an important place with relevance to Mensa. In a global first, we have also added a what3words reference. In the background of the stamps is some barely visible micro text that features a large amount of information.

Can you find and solve all the hidden codes? 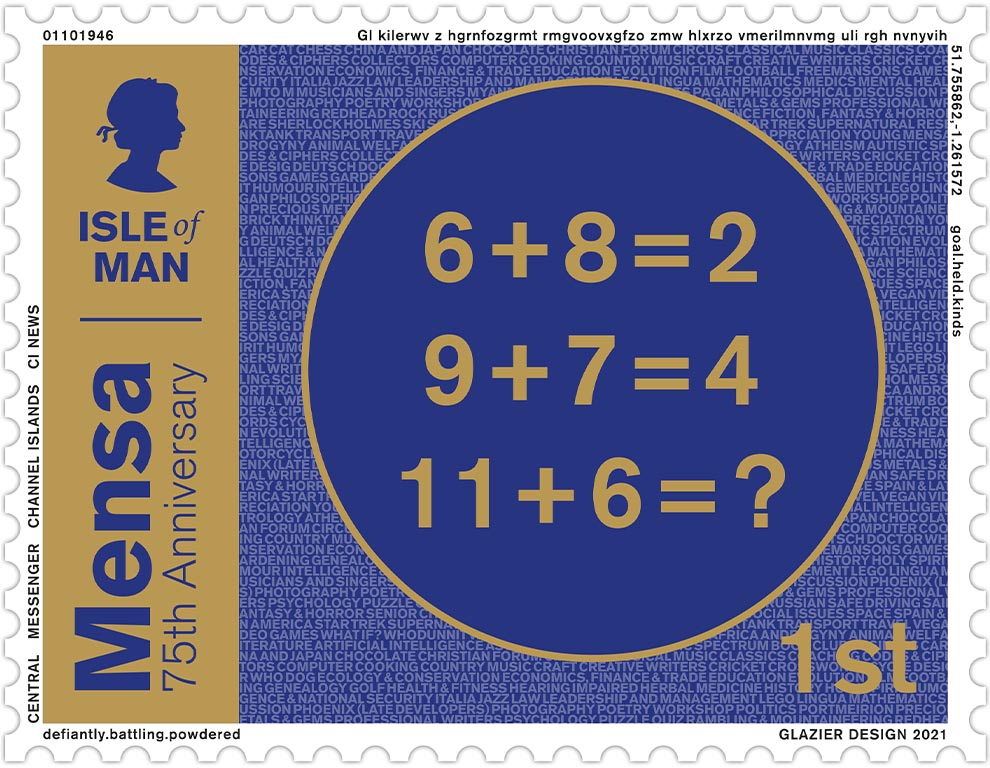 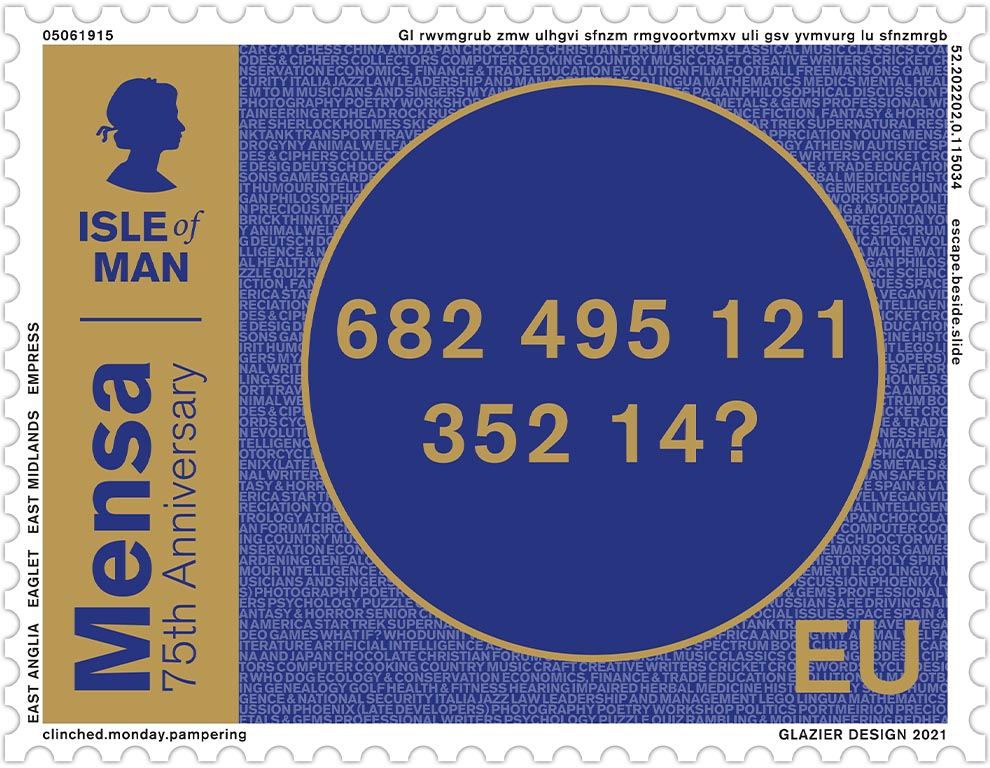 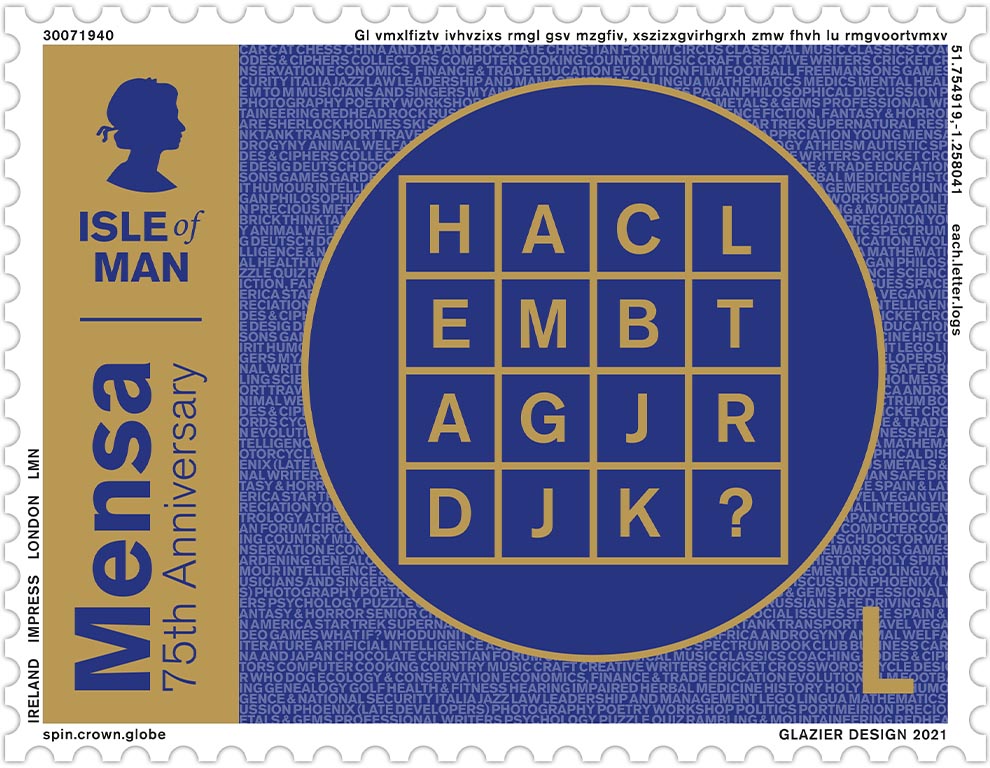 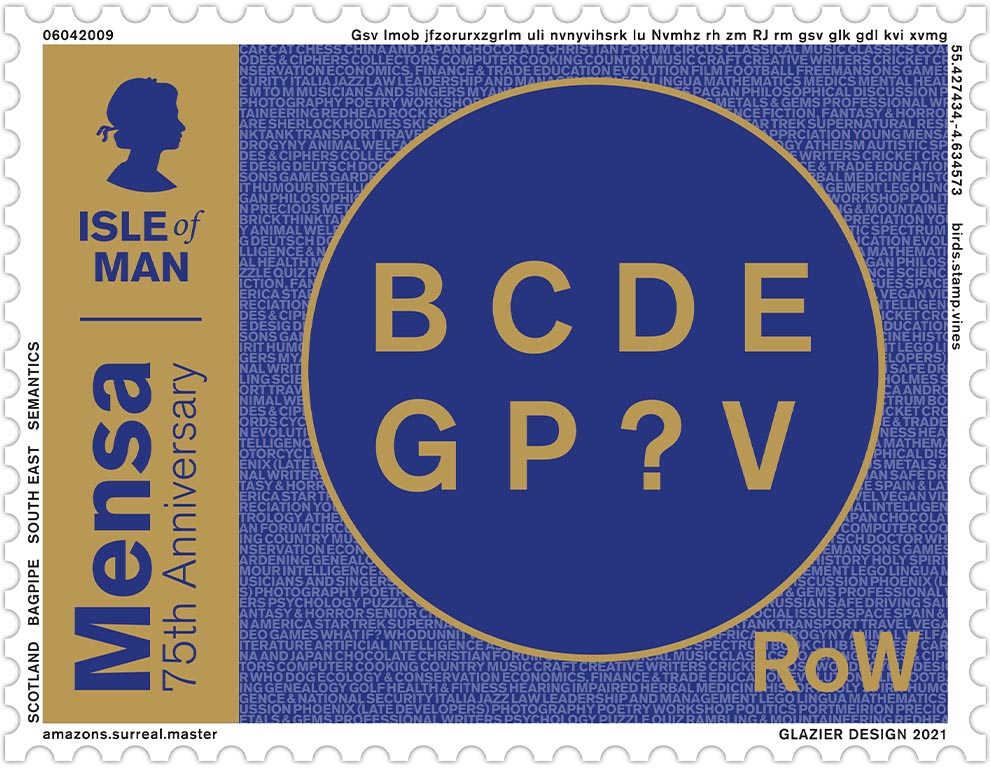 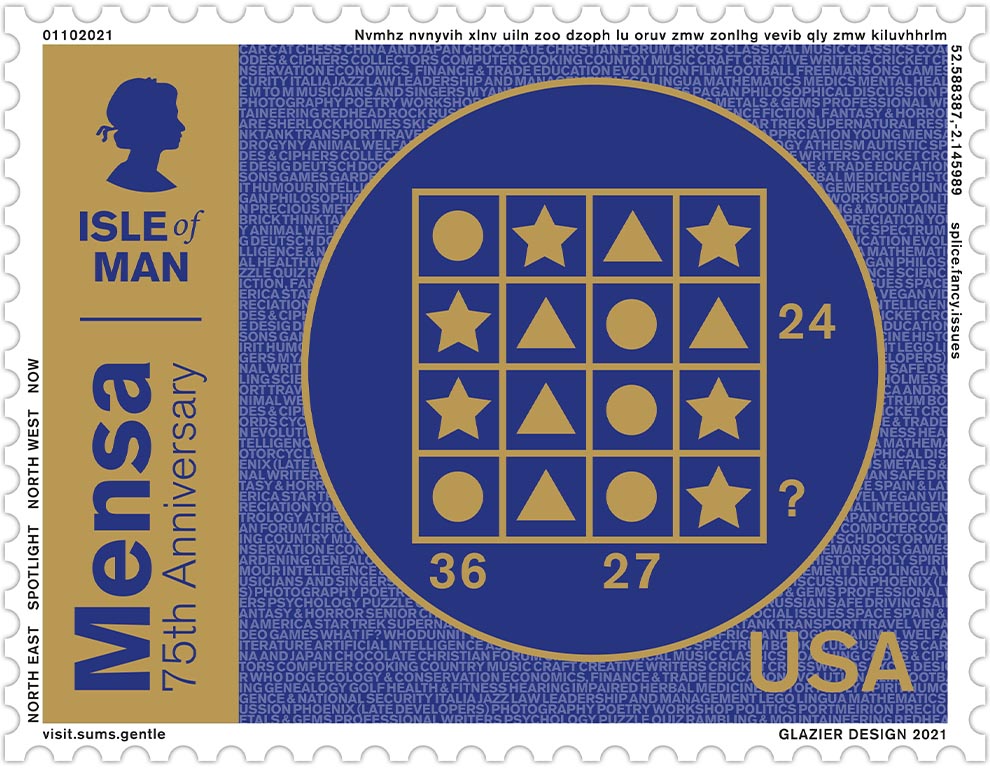 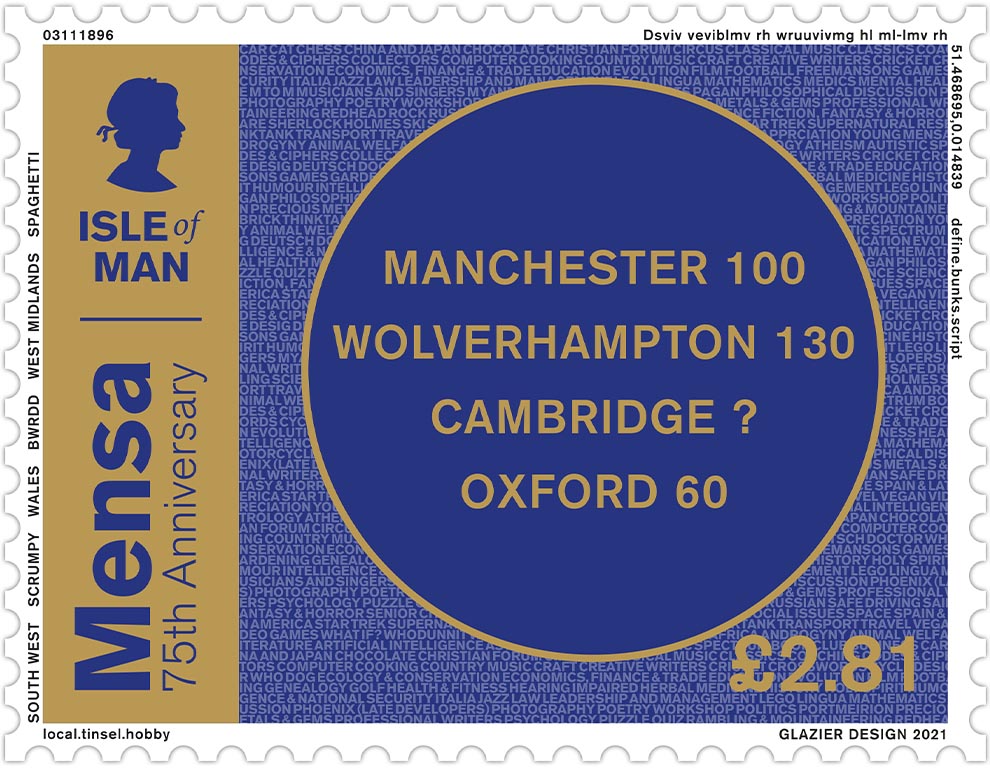